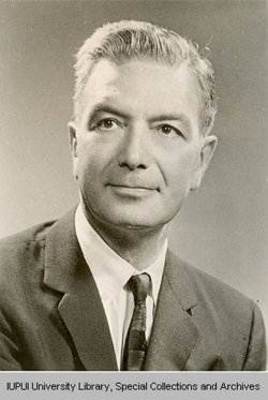 Harris Shumacker was an instructor of Surgery from 1936-38.

A native of Laurel, Mississippi, he completed his medical school training at Johns Hopkins University. He also trained in surgery there under Dr. Alfred Blalock. Upon completing his training, he took a job as an instructor in surgery at Yale University from 1936 to 1938 and then moved back to Hopkins University, where he was an instructor from 1938 to 1941. From 1942 to 1946, he served with the U.S. Army in the Pacific theater during World War II. Upon return from the Pacific theater, he served as Associate Professor at Yale University from 1946 to 1948. It was at that point that he was named the third Chairman of the Department of Surgery at IU School of Medicine, and he served in that position from 1948 to 1968. Dr. Shumacker was a pioneer in vascular and cardiac surgery. He performed the first open heart surgeries in Indiana and worked to develop synthetic grafts for blood vessel and valve replacement. He described sympathectomy for frostbite and, was the first to describe post-splenectomy infection and sepsis.