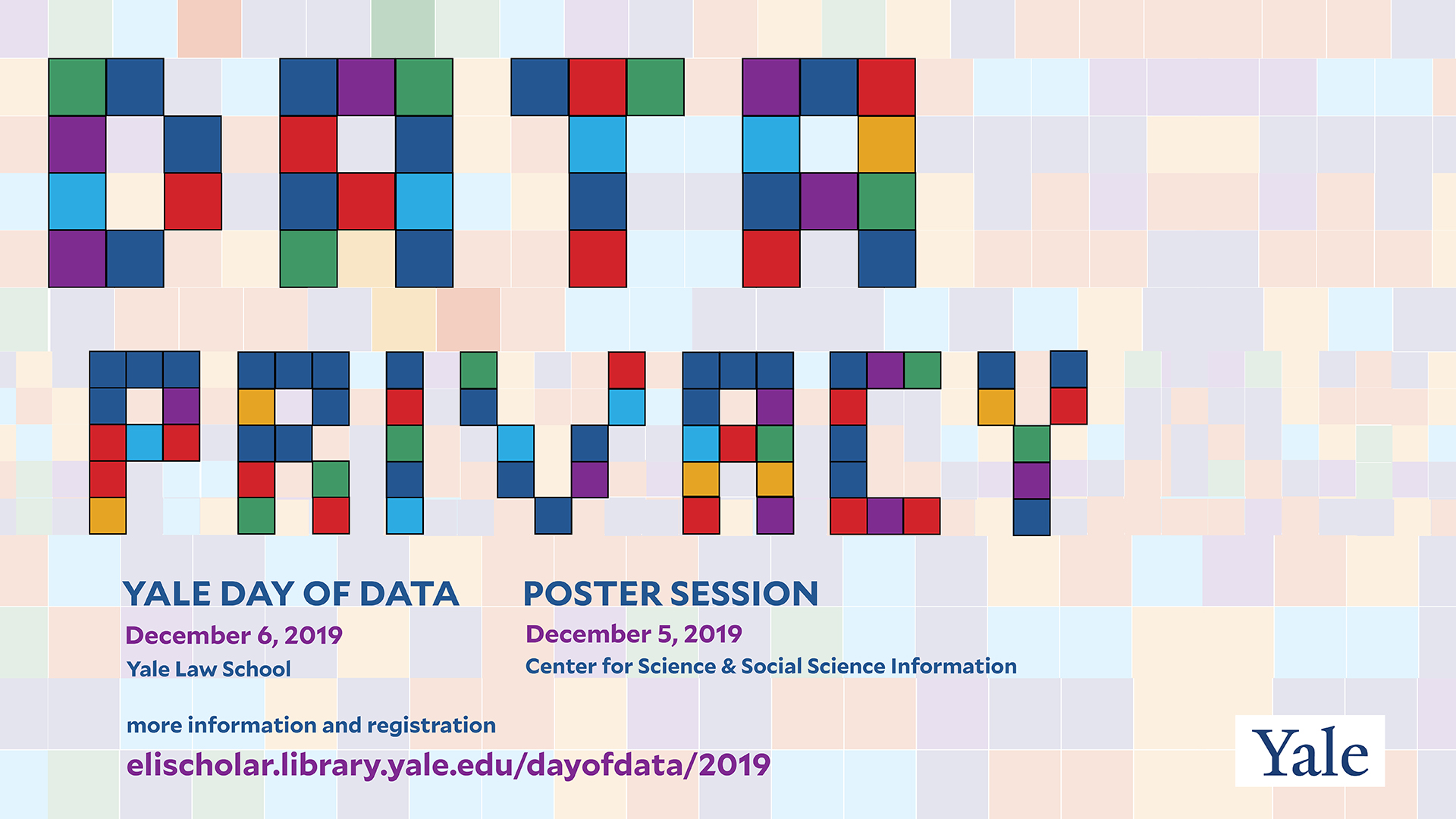 Catherine Stihler has been chief executive of Open Knowledge Foundation since February 2019. Prior to this, she represented Scotland as a Member of the European Parliament from 1999. As Vice-Chair of the European Parliament’s Internal Market and Consumer Protection Committee, she worked on digital policy, prioritising the digital single market, digital skills, better accessibility of digital products for the disabled, as well as citizen online data protection and privacy. As leader and founder of the All-Party Library Group she promoted and advocated for the importance of libraries and how libraries can remain relevant in the new digital age.

Born in Bellshill in 1973, Catherine was educated at Coltness High School, Wishaw and St Andrews University, where she was awarded a MA (Hons) Geography and International Relations (1996), and a MLitt in International Security Studies (1998). Before becoming a MEP, Catherine served as President of St Andrews University Students Association (1994-1995) and worked in the House of Commons for Dame Anne Begg MP (1997-1999). She has a Master of Business Administration from the Open University, and in 2018 was awarded an honorary doctorate from the University of St Andrews. Catherine was elected to serve as the 52nd Rector of the University of St Andrews between 2014 and 2017, and was awarded an OBE in 2019 for services to politics. Asha Rangappa is a Senior Lecturer at the Yale University’s Jackson Institute for Global Affairs and a former Associate Dean at Yale Law School. Prior to her current position, Asha served as a Special Agent in the New York Division of the FBI, specializing in counterintelligence investigations. Her work involved assessing threats to national security, conducting classified investigations on suspected foreign agents, and performing undercover work. While in the FBI, Asha gained experience in intelligence tradecraft, electronic surveillance, interview and interrogation techniques, and firearms and the use of deadly force. She has taught National Security Law and related courses at Yale University, Wesleyan University, and University of New Haven. Asha graduated cum laude from the Woodrow Wilson School of International and Public Affairs at Princeton University and was awarded a Fulbright scholarship to study constitutional reform in Bogotá, Colombia. She received her law degree from Yale Law School and served as a law clerk to the Honorable Juan R. Torruella on the U.S. Court of Appeals for the First Circuit in San Juan, Puerto Rico. She is admitted to the State Bar of New York (2003) and Connecticut (2003).

Asha has published op-eds in The New York Times, The Atlantic, and The Washington Post, among others, and has appeared on NPR, BBC, and several major television networks. She is an editor for Just Security and is currently a legal and national security analyst for CNN.

Professor Elisa Celis is an Assistant Professor of Statistics and Data Science. She studies the manifestation of social and economic biases in our online lives via the algorithms that encode and perpetuate them. Her research leverages both experimental and theoretical approaches, and her work spans multiple disciplines, including data science, machine learning, fairness in socio-technical systems, and algorithm design. Most recently, her work has been used to implement fair elections in Switzerland and to develop frameworks to prevent algorithm-driven polarization. This spring, she will teach a Data Science Ethics course at Yale College.

Stephen Latham is Director of Yale’s Interdisciplinary Center for Bioethics. He is a graduate of Harvard College and Harvard Law School, and of the UC Berkeley doctoral program in Jurisprudence. He is author of over 100 publications on health law and bioethics, and has published regularly in leading journals of bioethics, medicine, and health law. His current funded projects involve bioethics education in China, electronic health record alerts for kidney disease, the geography of HIV-related risk behaviors, UK mental capacity law, and the revival of pig brains after anoxic injury—and he also sometimes writes for free. His undergraduate Political Science course on bioethics and law is among the most popular at Yale.

Dr. Samah Fodeh is an Assistant Professor in the Department of Emergency Medicine and the Yale Center for Medical Informatics at the Yale School of Medicine. She is also affiliated with the Veterans Administration (VA) Connecticut Healthcare Systems. She has a wealth of experience developing algorithms which exploit complementary data modalities to enhance knowledge discovery. Dr. Fodeh’s research focuses on developing unsupervised machine learning methods to transform big clinical text data into a structured representation useful for subsequent analysis such as prediction and visualization. Dr. Fodeh also has experience working with social media data, publishing articles that leverage data from social media outlets to further understand critical healthcare events such as suicide and opioid overdose. At the VA Center of Innovation Pain Research, Informatics, Medical co-morbidities, and Education (PRIME) Center, she investigates different approaches to improve understanding of the complex interactions between pain, opioids, and associated chronic disease and behavioral health factors as well as develop efficacious interventions. Dr Fodeh obtained her Ph.D. in computer science from Michigan State University where her research focused on developing new approaches that utilize multiple, complementary data sources to improve document clustering.

Nathaniel Raymond is a lecturer at the Jackson Institute for Global Affairs. He researches human rights and security implications of information communication technologies for vulnerable populations, with a focus on armed conflict. His extensive experience includes working as a humanitarian aid professional with Oxfam America, and in that capacity, he was in Ethiopia, Afghanistan, Sri Lanka, and the US Gulf Coast. He was the Founding Director of the Signal Program on Human Security and Technology at the Harvard Humanitarian Initiative (HHI) from 2012 – 2018. Much of his recent work has focused on civilian attacks in Sudan and South Sudan. He has worked with United Nations agencies on the role of information technology in humanitarian assistance. Professor Raymond's awards are numerous, acknowledging his role in furthering human rights in the information era.

Tiffany C. Li is a technology attorney and legal scholar. Her expertise is in privacy, artificial intelligence, and technology platform governance. She is a Visiting Clinical Assistant Professor at the Boston University School of Law and a Fellow at the Yale Law School's Information Society Project. Her writing has appeared in numerous popular publications, and she has served as an expert commentator to news organizations. Li is a licensed attorney and holds CIPP/US, CIPP/E, CIPT, and CIPM certifications from the International Association of Privacy Professionals. She holds a J.D. from Georgetown University Law Center, where she was a global law scholar, and a B.A. from University of California Los Angeles.

Prof. Kidd has been on the faculty in the Genetics Department at Yale since 1973 and has been involved in a variety of research areas related to his expertise as a human population geneticist. He was instrumental in getting funding for and then developing the ALLele FREquency Database, ALFRED, as scientific infrastructure. The database started in 2000 with a few hundred tables of frequencies for DNA polymorphisms and has grown to over 66 Million tables where each table contains the frequency of one DNA polymorphism in one sample of one population. The data are highly curated and the database contains many relevant ancillary types of data and url links into other databases. One unique aspect of ALFRED is the extensive population data with definitions of the population samples on which the allele frequencies are based. Aside from this large public database project, Prof. Kidd deals with modest data in his own labs research--genotypes on roughly three thousand individuals for several thousand different DNA polymorphisms. In addition to all of the human population studies these data are being used to develop better DNA markers to be used in forensics.