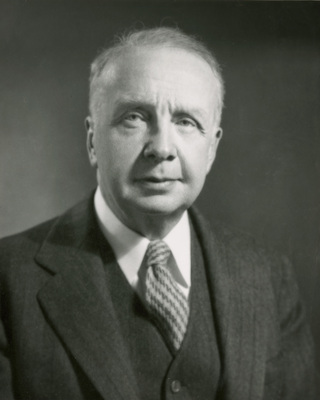 Samuel Clark Harvey, a native of Connecticut, received his Ph.D in 1907 from Yale and M.D. from Yale in 1911. After training at the College of Physicians and Surgeons in New York, he was given a coveted appointment with Harvey Cushing at the Peter Bent Brigham Hospital in Boston, and he served with Cushing in France during World War I. In 1920, he was appointed assistant professor of surgery at Yale and, four years later became full professor and chairman of the Department of Surgery, a post he held with one brief interruption until 1947.